A family friendly city with a commerce hub and many attractions, Plano, Texas, is a town for families, ambitious professionals and those just seeking a better way of life. Plano has been recognized many times by national publications including as the number one safest city for Forbes Magazine for two years in a row, and as the wealthiest city by CNN Money Magazine. Salary.com featured Plano as the number one city to build personal wealth, and Money Magazine ranked Plano as one of the best places to live in the U.S. Are you sold yet? Here are some more enticing details.

Plano is host to sixteen Fortune-500 companies headquarters, as well as several regional hubs, and over 10,000 businesses. Some of the better-known companies are Toyota, Dell, Frito-Lay, Ericsson, Dr Pepper Snapple, and Pizza Hut. Job opportunities abound, and the city is experiencing skyrocketing economic growth. All of this wealth is enjoyed by residents and much of it is out back to work for the community in the form of social initiatives and civic programming.

With a population of only 280,000 Plano is still cozy enough to feel homey and maintain a comfortable feeling. The community is young and affluent and features children’s activities and family interests prominently. There are five public libraries and four state of the art recreational centers which include large swimming pools in addition to many other things to do. The newly built, $1 million Frito Lay Park is a Baseball Park geared toward young leagues, yet constructed to simulate an authentic major league stadium.

There’s a strong emphasis on nature, with many parks including the two hundred acre Arbor Hills reserve, with trails for hiking and jogging enveloped by lush scenery. The Heritage Farmstead is a preserved farming outfit featuring four acres of a farming lifestyle from an original 360 acres of a one-time, genuine farm.

The median income for a family is $77,000, much higher than the national average of $27,800, yet cost of living is relatively low, allowing residents to get greater options for their money. The housing market features a large range of prices for different income sets, yet even the most magnificent homes are well below the prices of similar abodes in other cities.

Plano is part of DART, Dallas Area Rapid Transit, which is a rapid light rail system that brings area residents from one part of the Dallas Metroplex to others with speed and efficiency. There are also advanced roadways with several lanes and higher speed limits, so Plano residents can easily access all of the attractions of Dallas and the surrounding cities.

Plano is a city for living, and the options don’t disappoint. The Shops at Legacy town center and the new Legacy West are vast, luxury complexes of fine dining and elegant boutiques surrounding a Marriot, a beautiful Courtyard and housing the Angelika Film Center, numerous shops, eateries, and nightlife options, as well as highly appointed, opulent dwellings. Looking for a high walk-score, it it hard to beat, as it’s a Bustling, lavish development for a stylish way of life.

For other shopping, Collin Creek Mall is the standard shopping center with all the stores you love to shop at, including Macy’s and Dillard’s. For a more upscale experience, Hit Legacy and Legacy West with a large variety of specialty shops including, among others, Kendra Scott, Coach, Frontgate, and Tommy Bahama. All of these venues are serviced by many restaurants featuring a host of varied cuisines for your culinary delight. And don't miss a stop into Legacy Hall for a unique and fun experience; it is a brewery, a mall of eateries and bars, and the centerpiece is a live music and performance stage!

With comfort, quality and economic growth, Plano is your city for living.

Fabulous better than new Plano showstopper! Gorgeous and meticulously maintained single-story home was remodeled in 2019. The open floorplan makes for easy entertaining a...

LOCATION! LOCATION! Welcome home to this UPDATED 1-Story in the HEART of CENTRAL PLANO! The formal dining looks over a large living area with vaulted ceilings, beams, bea...

This 3-story home offers abundant natural light because of its premium corner location It is designed with extensive upgrades, an elevator, energy-efficient features & mo... 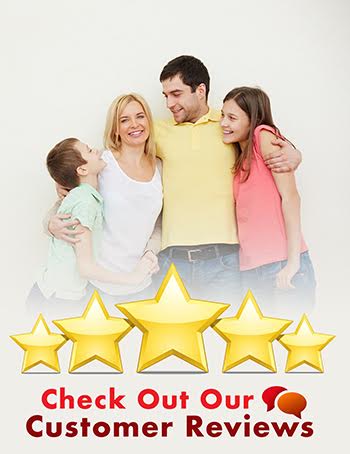